First in the Nation 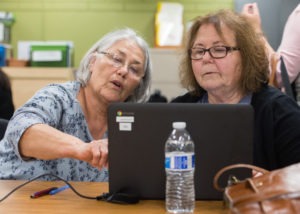 The California Literacy Campaign was created in 1984 to help reduce the high level of illiteracy in California and connect more Californians with public libraries.

The Campaign was the first statewide public library adult literacy service in the United States. It was designed to reach and support English-speaking adults with low literacy skills who had not succeeded in the classroom environment. The Campaign led the nation in developing new readers, learner leaders, and learner-centered instruction in public libraries.

Since 1984, over a quarter of a million learners and their families have benefited from library literacy services.

The Campaign was developed in response to emerging research on literacy levels in the United States. In 1975, the University of Texas’ landmark Adult Performance Study reported that 22 percent (21 million) of American adults were functionally illiterate, drawing attention to an issue that had previously been invisible. In 1983, the U.S. Department of Education reported that 46 million more adults functioned only at marginal literacy levels. 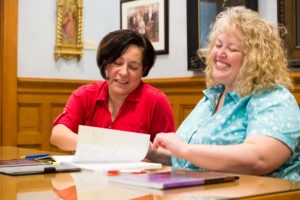 With the American Library Association taking the lead, librarians across the country convened to discuss how public libraries could address illiteracy. In September 1983, President Reagan announced the Adult Literacy Initiative, which was designed to identify model literacy programs and develop and test new literacy materials.

In 1984, California State Librarian Gary Strong established the California Literacy Campaign. At this time, following the passage of Proposition 13, California libraries were struggling with a 62 percent loss of funding. Strong believed that harnessing library resources to address adult literacy needs would not only benefit adult learners, their families, and their communities, it would increase libraries’ visibility, raise awareness of library services, and generate public support. 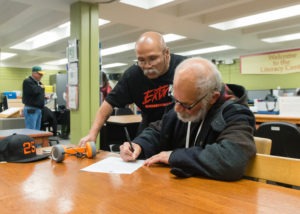 In 2000, the English Language and Literacy Intensive was created and funded by the State Legislature to help libraries work with schools to improve the literacy skills and test scores of California schoolchildren who struggle to learn English.

And in 2002, the Campaign’s name was officially changed to California Library Literacy Services, acknowledging that adult literacy instruction is an ongoing public library service and not a temporary campaign,

Highlights from the First Twenty Years

Discovering the Role for Literacy in Libraries

Former State Librarian Gary Strong (1980-1994), founder of California Library Literacy Services, describes his vision for literacy and libraries and how he came to create the program.